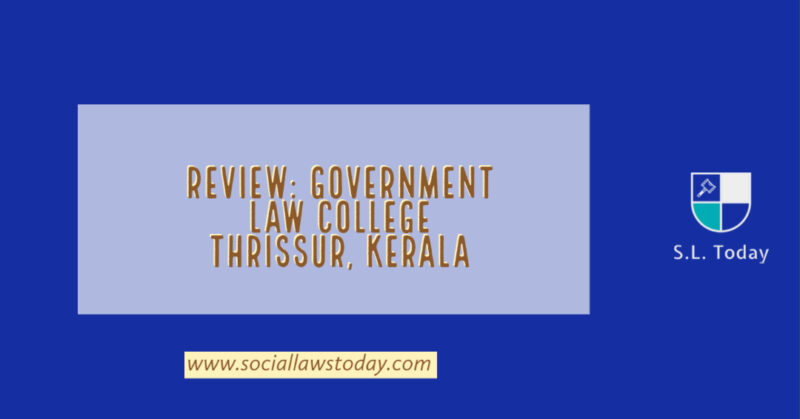 Situated in the beautiful city of Thrissur, which is commonly known as the gold capital of India and the cultural capital of Kerala and which is also famous for its vibrant cultural event ”Thrissur Pooram” is a simple college, where one can create wonderful memories of their life’s most joyful time with their friends and peers.

The institution’s infrastructural facilities includes a well-managed library, a reference room with a silent atmosphere, a cyber station for providing the students with internet and computer facilities, and a reading room and a canteen for having discussions and joyful comedies at the round table conference held at the canteen.

The institution also consists of separate rooms for the various academic chairs, which help the students to find their areas of interest and enhance their knowledge related thereto. A few of them are listed below-

The GLC Thrissur is home to the centre for business law, which provides a robust, interdisciplinary and empirical research environment for research and scholarship in the field of business law and finance policy, focused in both domestic and international comparative law.

This centre is established in association with the District Legal Service Authority, Thrissur. The centre focuses on providing legal education and practical training to students by conducting various workshops, seminars and Lok Adalats in association with the DLSA, where the students volunteer and help with resolving the disputes, drafting awards of the resolved disputes etc.

Centre for Economic Development And Law(CEDL)

The centre is an academic centre at GLCT which focuses on raising awareness among the students in matters related to laws that govern the country’s economy. It provides a platform for the interaction of students as well as with eminent personalities. This is done with a view to empower our students with the most relevant knowledge in the field which would help them in their respective careers.

This club conducts various activities like seminars and moot courts (both inter-class and inter-college) to enhance the students’ moot skills and to mould them as the most productive lawyers. The club annually conducts Justice T Ramachandran Memorial National Moot Court Competition in which a number of colleges from all over India participate and make it a grand success.

The club focuses on enhancing the debating skills of the students by conducting numerous debates at the right time on relevant socio-legal topics.

The youngest of all, commenced in August, 2020, is a cell formed with the primary objective of providing the students with the much needed life skills and also to enhance their competency skills to crack various professional challenges in future.

The cell organized various webinars on different career-oriented topics (7 sessions till date), to improve the students’ knowledge regarding the wide areas where they can pursue their future career after graduation. It also aims at facilitating the process of placement of students graduating from the institution.

The students of each class are allotted with a duty teacher in-charge for internship-related guidance, in order to guide them and help them with the process of the same.

The institution is well managed by the Principal, helpful and encouraging faculty and the college union which includes elected representatives from among the students itself.

The college union includes nine positions including chairman, vice chairman, moot club secretary, general secretary etc., apart from the class representatives. The election is conducted according to the norms laid down by the Calicut University. The election days are considered as must-to-watch celebrations of the college. But the sad part of the election days is that a fight might come up between the participating political parties.

The college union annually conducts the most-awaited arts fest, and other cultural programs as well. And every year the final year students would be given with superb farewells which are also another most-awaited events.

Talking about the negatives of the college, it is situated in a very small area as compared to the other three government law colleges of the state. The institution lacks a college hostel and college ground, but still, the then general secretary had built a badminton court in the available space to remove this deficiency.

But overall, the college, as I had mentioned earlier, is a perfect place for one to grow and create beautiful memories with their peers and their teachers who are always helpful and supportive. The fact that I’m currently doing my final year at this season of pandemic, and the thought that the happy times I used to have at the college has come to an end, makes tears flow from my eyes. Hence the college has a very nice atmosphere that helps one to grow.

Best book for the constitution of India

BEST BOOK FOR CRPC FOR JUDICIARY