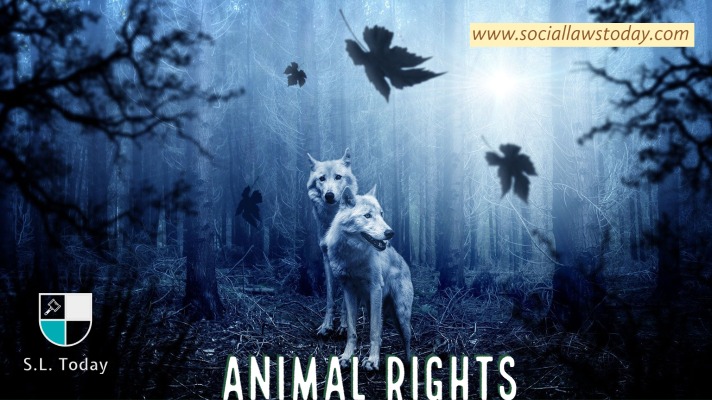 From times immemorial, the primary inclination of men has been towards “survival”. Survival of the fittest is a common saying that we have always come across. But recent events show that this saying has been replaced by “exploitation of the vulnerable”.

It is true that “survival” is the basic instinct of life but in the course of time it changed to “entertainment” and now finally resulted in “cruelty”.

The focal point of this article is animal rights.

The enactment of “Prevention of Cruelty to Animals Act, 1960”  manifested India’s first vision of promoting “animal welfare”.  This persuaded the setting up of various animal welfare organizations and establishment of Animal Welfare Board of India. But still, something was missing to fill the lacunas existing in the potential animal protection regime in international and domestic laws. Judiciary plays a major role in filling this void.

There are several cases in which the courts explicitly mentioned the importance of protecting animal rights.

In N.R. Nair and others v. Union of India[1], the court firmly held that where legal rights are concerned, there exists a wall between human and non-human animals that needs to be demolished. The exclusivity of legal rights towards human-animals requires a positive change for the well-being of non-human animals.

There lies a fine difference between providing protection and granting rights. Elucidating further the judiciary stated that although protection by law is being provided to the wildlife and endangered species on the verge of extinction, the very idea of granting basic legal rights to animals is denied.

Another aspect, yet to be dealt with, was traditional practices being used as an excuse for inhumanly treating the “non-human animal”. Once again, the primary focus has shifted from fundamental duties to blind faith in traditional practices, which was expounded upon in the landmark judgement of Animal Welfare Board of India v. A. Nagaraja and others , wherein, “Jallikattu”(bull-fighting) was banned.

The Supreme Court further elucidated that the provisions of the PCA Act were indicative of animal rights “to live in a healthy and clean atmosphere” or “not to be beaten, kicked”, in this the court has clearly established a connection between Animal Rights and Article 21 of the constitution.

Jallikattu is not only an example where entertainment takes the form of cruelty but is also violative of Article 21 as expressed in the Nagaraja case. “Bulls are poked, beaten and deliberately agitated before they are forced into the jallikattu arena, where more than 30 bull tamers are waiting.”  It further expanded the ambit of the term “life” as mentioned in “ Article 21” of the constitution.

A major question arises as to why, despite the Constitutional Provisions and the support of the Judiciary in broadening the horizon of “animal welfare”, the problem still subsists? Evidently, something more is required. A suggestive measure in this regard is a progressive legislative action to suit the need of the hour. But, changes happen in stages, and ultimately, the responsibility lies in the form of duties to be fulfilled.

Yet, it is to be realised that incidences like cutting down of trees in “Aarey Forests” in Mumbai for developmental activities nullify the progress made so far where, if not directly, the nonhuman animals are indirectly being affected by destroying their natural habitat. This in turn brings us back to square one where there is an immediate need to break the loop.

Clearly, more comprehensive legislation is an immediate requirement. Another issue is the lack of substantial data available related to animal cruelty. “It is worthwhile to mention here that there are absolutely no government data or any public record which has been maintained in order to keep a track of cases of Animal Abuse and Animal Cruelty in India.

The NCRB reports, for reasons beyond one’s imagination, choose not to publish specific data related to crimes against Animals under the Prevention of Cruelty to Animals Act, 1960. It is an established fact, that the Fundamental Duties of the human-animal, are actually the rights of the nonhuman animals. Therefore, this becomes a grave responsibility on the part of the human-animal, to “protect the vulnerable”, rather than “exploitation of the vulnerable”.

There exists wide divergence in the treatment of animal abuse at the global level. Countries like Switzerland, Austria and the UK are known for applying inflexible animal welfare laws. Discussing animal welfare legislations in Austria, “the protection and wellbeing of animals and that of humankind is measured with the same respect as suggested under the Austrian Animal Welfare Act, 2004. Also, “the fines in case of violation of the laws can be anywhere from $2,420 up to $18,160 in cases of extreme cruelty”. Moreover, the hefty fines imposed under the Austrian Act make it difficult for the perpetrator to commit the crime and get away with it easily.

The International Court of Justice, being an important international judicial organ, has remarkably shown concern in the “Japan Whaling Case” by supporting the protection of the whales in the Antarctic Ocean, condemning and putting an end to some so-called scientific but, in reality, commercial whaling led by Japan.  The UK, Germany and Hong Kong have been seen adopting similar values as Austria and Germany into their legal regime. Thus, such stringent measures can be taken as an example for more evolved animal welfare practices globally.

A valid question that still remains unanswered is whether the protection of animal welfare and the issue of their humane treatment, has achieved the status of a generally binding international norm, in the form of customary international law? But the answer and a clear absence of its reflection in the civilized legal system today is something that we should zero in on. Most of the legal systems do not even recognise Animals as “legal persons” and hence, these animals are generally kept out of the purview of any protective legislation, thereby implying lack of accountability.

No creature on earth has more or less right of existing with dignity than others. As Martin Luther King said,” injustice anywhere is a threat to justice everywhere.”  It has been well established above that there are various proposed international and national mechanisms to put an end to this terrifying approach of animal abuse. We have to find out where we are lacking in implementing these mechanisms to finally put an end to this contemporary issue of animal abuse.