These Are General Defences In Law Of Torts 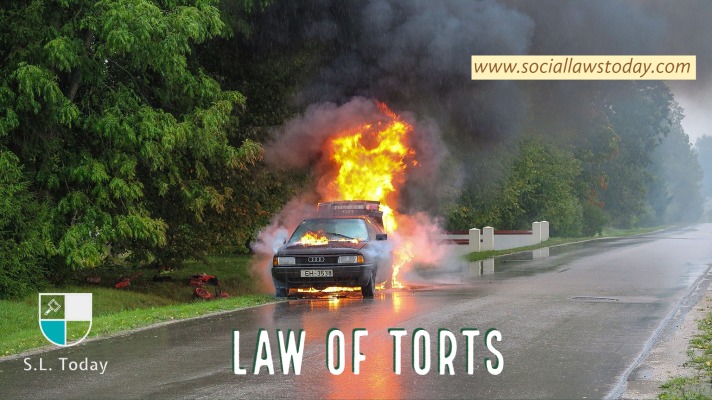 When the plaintiff brings an action against the defendant for a particular tort, providing the existence of all the essentials of that tort, the defendant would be liable for the same.

The defendant may, however, even in such a case, avoid his liability by taking the plea of some defence. There are two types of defences-

These defences apply in specific torts. They are peculiar to some particular wrongs.

Contributory negligence is a defence to an action for negligence.

Lawful arrest is a defence to an action for false imprisonment.

Privilege, fair comment or justifications are the defences available in an action for defamation.

2) GENERAL DEFENCES IN LAW OF TORTS

These defences apply to all types of torts. These may be taken against an action for a number of wrongs.

The general defence of ‘Consent’ may be taken, whether the action is for trespass, defamation, false imprisonment, or some other wrong. The various general defences are as follows-

The literal meaning of this maxim is ‘harm suffered from one’s own free will is not an actionable injury’.

In other words, volenti non fit injuria means that no act is actionable as a tort at the suit of any person who has expressly or impliedly assented to it. In case, the plaintiff voluntarily agrees to suffer some harm, he is not allowed to complain for that and is consent serves as a good defence against him.

CONSENT MUST BE FREE

The consent of the plaintiff must be free i.e. it must not be obtained by fraud or under compulsion or some mistaken impression. Moreover, the act done by the defendant must be the same for which the consent is given.

MERE KNOWLEDE DOES NOT IMPLY CONSENT

For volenti non fit injuria to apply, two points have to be proved;

If only first of these points is present, i.e., there is only the knowledge of the risk, it is no defence because the maxim is volenti non fit injuria. Merely because the plaintiff knows of the harm does not imply that he assents to suffer it.

LIMITATIONS ON THE SCOPE OF VOLENTI NON FIT INJURIA

An accident means an unexpected injury and if the same could not be foreseen and avoided, in spite of reasonable care on the part of the defendant, it is an inevitable accident.
It is a good defense if the defendant can show that he neither intended to injure the plaintiff nor could he avoid the injury by taking reasonable care.

Inevitable accidents may be divided into two classes;

The term Act of God is applicable to the former class. In this sense, inevitable accidents will seem to include Act of God but it would be better to separate them as tort implies an act or omission on the part of the defendant which is an essential condition for liability.

An inevitable accident, the liability is denied on the ground that though the accident is due to act or omission on the part of the defendant, yet the accident is such which could not have been avoided with due care.

Act of God is another valid defence. It is a general defence.

It is also known as vis major or damnum fatal. The rule of Strict Liability also recognizes this to be a valid defence for the purpose of liability under that rule. Act of God is a kind of inevitable accident with the difference that in case of Act of God, the resulting loss arises out of the working of natural forces like exceptionally heavy rainfall, storms, tempests, tides and volcanic eruptions.

ESSENTIALS OF ACT OF GOD

In private defence, law recognizes the difficulty of seeking aid from administration under certain circumstances. Therefore, the law permits every person to take necessary steps for defence of his own person, property and of other person. This is because it is not feasible for the law authority to be present everywhere.

When private defence is to be exercised- Whenever there is “REASONABLE APPREHENSION” of immediate action.

What is reasonable force- It will depend on the circumstances of each case.

This exception/defence is based on the maxim ‘salus populi suprema lex’ which means welfare of the society/welfare of the people is the supreme law.

An act of causing damage under necessity to prevent the great evil is not actionable even though the harm is done intentionally. Throwing goods overboard a ship to lighten it for saving the ship or persons on board the ship, or pulling down a house to stop further spread of fire are its common examples.

If however, the interference is not reasonably necessary, the defendant will be liable.

Nothing can be complained of a wrong which is authorized by an act of Legislature. When a person suffers injury because of an act authorized by the Legislature, he cannot have any remedy except as provided by the statute itself.

The damage resulting from an act, which the Legislature authorizes or directs to be done, is not actionable even though it would otherwise be a tort.

When an act is done, under the authority of an act, it is a complete defence and the injured party has no remedy except claiming such compensation as may have been provided by the statute.

The defence will apply only if the following conditions are satisfied-

Many general defences have been explained above which include volenti non-fit injuria, plaintiff the wrongdoer, inevitable accident, the act of God, private defence, mistake, necessity, statutory authority, the act of a stranger, trifles etc.

In order to plead a defense, it is important to understand it first and then apply the suitable defenses accordingly.

General Defences In Law Of Torts

Castes in India: Their Mechanism, Genesis and Development

ROLE OF A LAWYER IN SOCIETY

[…] negligence is defined as the negligent, improper, or unskilled treatment of a patient by a health care […]

Castes in India: Their Mechanism, Genesis and Development

ROLE OF A LAWYER IN SOCIETY

Blockchain Technology: All about it in 2021