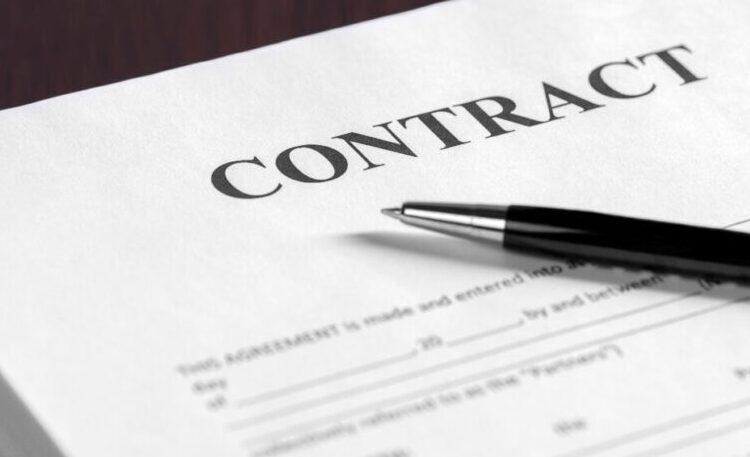 Tort and contract are among the most frequently used terms in the field of law. Although both of them deal with legally enforceable agreements, they also differ in various ways.

In most cases, the distinction between tort and contract boils down to consent. In a contract, both parties agree to the terms of the agreement. In a tort, one party is accused of breaching a duty owed to another party without consent.

A contract is basically a term used to refer to an agreement between two parties that creates certain obligations that can be enforced legally. The agreement can be either written or oral, and it can be expressed or implied.

For a contract to be legally binding, the following elements must be present:

Most contracts usually require formalities such as signing or exchanging money to be valid and enforceable. But in some cases, the contract can be implied from the actions or words of the parties involved.

A tort is a civil wrong that one person can commit against another. Unlike a contract, there is no need for the two parties to have any kind of relationship with each other. All that is needed is for one party to breach a duty that they owe to the other party.

Before we discuss the differences between tort and contract, let us first take a look at some of the similarities between these two concepts.

Both tort and contract are created by agreement. In a contract, the agreement is between two or more parties to create certain obligations. In a tort, the agreement is implicit in the sense that one party agrees not to do something that would cause harm to the other party.

Both tort and contract are civil wrongs. This means that they are not crimes. However, both of them can give rise to criminal charges if the actions of the parties involved amount to a crime.

Now that we have discussed the similarities between tort and contract, let us take a look at the key differences between these two concepts.

A contract means an agreement between two or more parties to create certain obligations. A tort means a civil wrong that one person can commit against another.

There must be a contractual relationship between the parties in order for a contract to exist. This is not necessary in the case of a tort.

For a contract to be formed, there must be an intention on the part of the parties to create legal relations. This is not necessary in the case of a tort.

Most contracts require some formalities such as signing or exchange of money in order to be valid and enforceable. But in some cases, the contract can be implied from the actions or words of the parties involved. There are no such formalities required in the case of a tort.

The scope of a contract is limited to the terms of the agreement between the parties. The scope of a tort is much broader as it includes all the duties that a person owes to another.

In a contract, the parties have certain rights and obligations towards each other that are mentioned in the agreement. In a tort, the obligations are implicit, and there is no mention of any rights.

Either party to the agreement can enforce a contract. A tort can only be enforced by the victim. There will be no case if the victim doesn’t file a lawsuit.

The differences between tort and contract can be confusing, but it is essential to understand the distinctions when creating an agreement.

Both tort and contract are means of enforcing a promise, but they differ in their application and consequences. If you have any questions about which type of agreement is right for your situation, please contact an attorney for more information.

Mass Torts vs. Class Action: What Is the Difference?