Is live-in relationship legal in India? 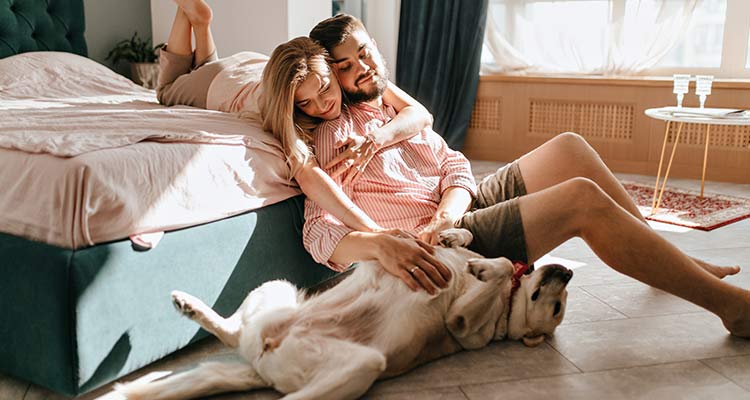 Love is not just a beautiful verb but also a wonderful feeling that all living beings possess, It is just that we human beings tend to be more vocal in words and actions about it.

In common terms, It is normal for a boy and a girl to fall in love as it is inevitable, but we humans are divided into sections of caste, culture, and religious beliefs which makes it very hard to love openly. During the olden times in India, A man and woman were only allowed to spend time together if they had tied the knot provided, they were of the same caste, religion of the same social structure but as time evolved India is slowly developing and accepting young couples and support relationships.

A live-in relationship is where a boy and a girl cohabit together without getting married. The couple need not only cohabit out of love but can also be out of no-strings-attached relationships. It is a westernized concept and has no particular stand-in Indian law. So, the Supreme Court, in various instances has taken the liberty to elaborate on the concept through their judgments. It is different from a marriage. (Marriage or wedlock or matrimony, is a socially/ritually acknowledgeable union of a couple). Live-in relationship partners don’t force on obligations.

When asked if a live-in relationship is good or bad, there is no proper explanation on if it is good or bad. It merely depends on the person and one’s personality on looking from a different perspective. People ought to believe that when living together, they can understand each other better and for many other reasons, which cannot be denied.

IS LIVE-IN RELATIONSHIP LEGAL IN INDIA?

In India, as of now Live-in relationship is totally legal and depends upon one’s personal choice and is not conflicted if it maintains and respects the social norms in which the couple resides in.

The Supreme Court in Indra Sarma vs V.K.V. Sharma said that a “Live-in relationship like marriage is neither a crime nor a sin, though socially unacceptable in this country.” This means that albeit live-in relationship is legal in India, the society has not yet blanketly accepted this notion

The decision to marry or not to marry or to have a heterosexual relationship is intensely personal. The Protection of Women from Domestic Violence Act, 2005 is considered to be the first piece of legislation that covered relations “in the nature of marriage” and has provided legal recognition to relations outside marriage.

LAWS ON LIVE-IN RELATIONSHIP IN INDIA.

In the matter of S Khushboo vs Kanniammal & Anr (2010), The supreme court laid down some guidelines to recognize live-in relationships in India.

However, In Supreme Court opinion, If a man has a night out with a woman and engages in sexual activities or lives with someone for some days on vacation, it does not qualify for a domestic relationship. Also, if a man has a ‘keep/mistress/rakhail whom he supports financially and has her only for sexual purposes (or as a servant or both), then such a relationship is not marriage.

LEGAL RIGHTS OF PARTNERS IN A LIVE-IN RELATIONSHIP.

Earlier, In Badri Prasad vs Dy. Director of Consolidation and Ors., Hon’ble Supreme Court in 1978 held that in case a couple lives together for a long period of time like 50 years in the said case, then that live-in-relationship will be considered as marriage, and the couple will be regarded as husband and wife under Indian law.

If the conditions given above are fulfilled, in that case, live-in-partners are given certain rights under the Indian laws:

WHY DO PEOPLE LOVE LIVE-IN RELATIONSHIPS.

Live-in relationships allow liberalism and freedom for couples to exercise their love life without the obligation, dedication, and duties of a marriage. It is a golden ticket to make love, amend and move on to another if it doesn’t work out. It is most common among young teenagers and adults in their late 20s. Live-in relationships may not be socially accepted but it is a right to life under article 21 of the Indian constitution.

The Delhi High court also stated that a Live-in relationship is a walk-in and walk-out relationship. There are no strings attached to this relationship, and neither this relationship creates any legal bond between the parties. It is a contract of living together which is renewed every day by the parties and can be terminated by either of the parties without the consent of the other party, and one party can walk out at will at any time.

CHILD BORN OUT OF A LIVE-IN RELATIONSHIP LEGAL IN INDIA OR NOT.

In D Patchaiammal vs D Velusamy, Supreme Court ruled out that if a man and woman are having a live-in relationship for an extended period, they will be taken as a married couple in the society, and the child born out of this relation would be called legitimate. The same thing was said in Bharata Matha & Ors vs R. Vijaya Renganathan & Ors regarding the child’s legitimacy.

In this fast-forward world, Live-in relationships are preferred over marriages as couples these days live and let live by not making false promises and obligations but living in the moment.