THE RISE OF RAINBOW : LGBTQI 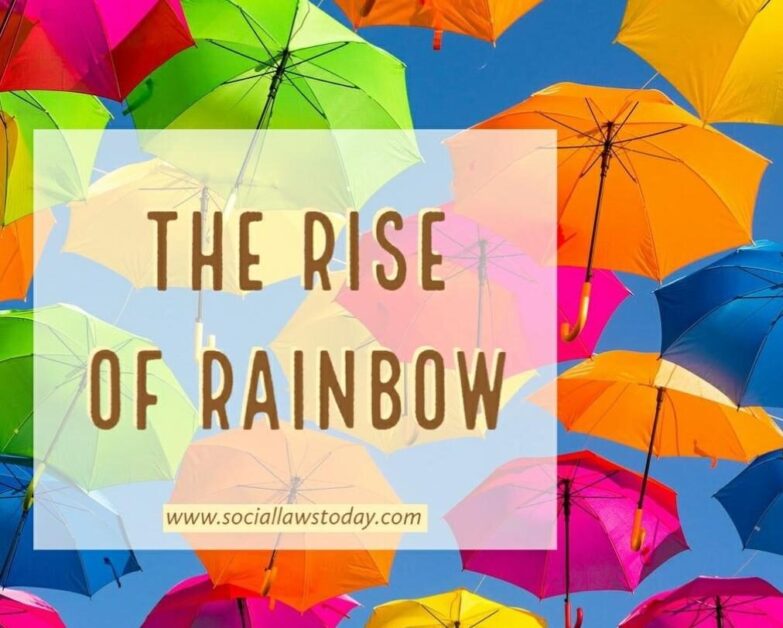 TIMELINE FOR THE RISE OF RAINBOW

Poverty, wars, corruption, natural calamities are already in place to let down humankind. Humans do not really need more resources such as opinions, choices and orientation to enhance the intensity of disappointment and unhappiness.

Sexual Orientation is not a fault in formation; it’s a way of their being!

In a population of hundreds of millions, ignorance towards the existence of the LGBTQI community is that 40-45% of the literate masses do not know what does ‘L’, ‘G’, ‘B’ , ‘T’ , ‘Q’ , ‘I’ stands for. Incredible India is also a homophobic Indian society and a considerable portion of people who belongs to that LGBT community lives underneath immense stress of society’s constant compression and disapproval.

People have forgotten the Natural Right i.e. the equal right of all men to be free, free to have opinions, free to make choices and hold on to the orientations to which one really belongs. Accommodation of a pluralistic understanding of morality is difficult to be digested by a patriarchal society which has adhered the set norms and binary structure for so long.

The idea that there are several values which may be equally correct and fundamental, yet in conflict with each other is unmanageable to be appreciated by the conventionalist and conservatives.

Sexual tensions related to one’s orientation started to become problem when people pushed the barriers and turned down the veils of heterosexuality. This very idea of a changed society never went unchallenged; a person’s choice was pushed aside to cater the pretentious lifestyle. The LGBTQIs were termed as the section derailing from the norms. Fashion of gender is so oddly manufactured that there is no space for the unique and different.

The location of inequality for the LGBTQIs is not only the legislature but bathrooms and restrooms as well; to pee in peace is an achievement for them. The ignorance and rigid nature of the society towards these are sweeping them to the other side of the margin.

In India, Indian Penal Code undertook the task to teach the right tale to the alleged derailed section of society namely Homosexuals with effect to section 377 of IPC from the very beginning of 1861, though in 2018, the Supreme Court unanimously in  Navtej Singh Johar v. Union Of India declared section 377 unconstitutional.

Whoever voluntarily has carnal intercourse against the order of nature with any man, woman, or animal, shall be punished with imprisonment for life, or with imprisonment of either description for a term which may extend to ten years, and shall also be liable to fine.

With the arrival of the contemporary era, the movement against the brutal and oppressive nature of Section 377 grew exponentially and reached its peak in Naz Foundation v. Government of NCT of Delhi, wherein the Delhi High Court recognized the anachronism associated with Section 377 and interpreted it to exclude sexual acts between consenting adults, thus de-criminalizing homosexuality.

The Naz Foundation is a non-governmental organization working on HIV/AIDS and sexual education and health since 1994. In 2001, the organization filed a writ petition in the Delhi High Court, challenging the constitutional validity of Section 377, claiming that the impugned law was in violation of Articles 14, 15, 19 and 21. A bench comprising Chief Justice B.C. Patel and Justice Badar Durrez Ahmed dismissed the petition in 2004, subsequent to which the petitioners approached the Supreme Court.

The Supreme Court directed the High Court to examine the matter, deeming it worthy of consideration. Consequently, the Delhi High Court considered the petition, not only they reconsidered the petition but also tucked down the decision in a positive note for the homosexuals and consenting adults having homogenous choices and different sexual orientations. If read in toto, some portions of the section were struck down as unconstitutional with respect to gay sex by the Delhi High Court in 2009.

In 2013, a professional astrologer practicing his art and skills from 1997, graduated from a reputed college such as Ramjas, Delhi University found the judgement of Delhi High Court inconvenient and difficult to digest. So he i.e. Mr Suresh kumar Kaushal along with others challenged the abovementioned judgement, given briefly- the points of contention for challenge.

In this case of Suresh Kumar Koushal and another v Naz Foundation and others, a two judge Supreme Court bench consisting of G.S Singhvi and S.J. Mukhopadhyay overturned the judgement of Delhi High Court case Naz Foundation  v Govt. of NCT  of Delhi with the reasoning that the court did not find enough reasons for portions of section 377 to be declared as unconstitutional, therefore,  reinstated section 377 of the Indian Penal Code.

‘Feelings that come back are feelings that never left’, same goes for the feeling and want of liberty and freedom. To come out of a pretentious life and prisoned orientation takes a lot of courage and determination. Encouraging the brave acts and not overlooking the constitutional importance of the matter, Supreme Court revisited the law criminalizing homosexuality by a constitutional bench in 2016.

Meanwhile, in 2017, in the case of Justice K.S Puttaswamy ( Rtd.) and another v  Union of India and others the apex court observed that it’s better to be unique than best, honorable court defended privacy as the fundamental right and strongly condemned discrimination based on sexual orientation. Their view was pressing upon giving individuals self-autonomy and private sphere to lead a dignified life. This judgment was believed to imply the unconstitutionality of section 377.

In January 2018, the Supreme Court agreed to hear a petition to revisit the 2013 Naz Foundation judgement. In September 2018, the court unanimously ruled in Navtej Singh Johar v Union Of India that section 377 was unconstitutional in so far as it criminalizes consensual sexual conduct between adults of same sex.

This case has decided the long-fought battle which ostracized and criminalized the choice of consenting adults. Though the verdict had been hailed by many as a milestone, but it still has a long way to go. The society has to develop accordingly and give space to the people who do not fit into the so-called prescribed norms of the society and institutions.

Yes there is a certain way in which society fits together and functions in a way which is efficient for the larger interest but we must understand that by merely overlooking the reality of the existence of those who do not fit in the norms are not their rebellious nature towards society or the set norms but their innate and deep sense of being. Their deviance must not be looked with an abnormal view as their being that way is not a disease or an insult but simply a non-normative way of one’s orientation which is not fabrication or myth but a stationed truth.

In a country like ours, in the absence of legislative convenience and special tokens visualizing their effective, healthy and happy future is as possible as finding a needle in a haystack. Hence, there is a requirement on the part of legislature to provide a formal sanctioning of conduct towards them, and it’s high time that society should become a better host to new approaches of being.

‘If being myself is a violation, then freedom is a fancy illusion’…

IS THE NOTION OF DOMESTIC VIOLENCE SEXIST? Social Laws Today