The doctrine of part performance 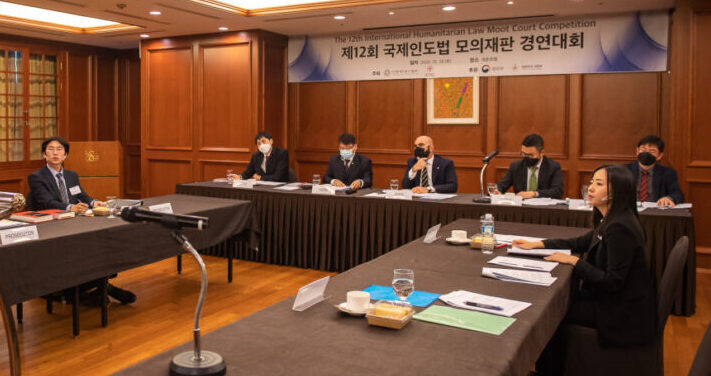 The doctrine of part performance in India

The doctrine of part-performance also known as “equity of part-performance” says that if a person has taken possession of an immovable property on the basis of a contract of sale and has either performed or is willing to perform his part of the contract, then, he would not be ejected from the property on the ground that the sale was unregistered and the legal title has not been transferred to him. This Doctrine is based on the maxim, Equity look at as it is done which ought to have been done.

HISTORY OF DOCTRINE OF PART-PERFORMANCE IN INDIA

The doctrine of part-performance was evolved by the Court of Equity in England. In 1677, a statute was enacted in England known as the Statute of Frauds, 1677, to prevent the perpetuation of fraud in the transfers of land.

The doctrine of part-performance was firmly established in England in the case of Maddison v Alderson[1], in which Lord Selbourne observed:

In a suit founded on part-performance, the defendant is really charged upon the equities resulting from the acts done in execution of the contract and not upon the contract itself. If such equities were excluded, the injustice of a kind which the statute cannot be thought to have had in contemplation would follow.

In the old Madras case, Kurri Veera Reddi v Kurri Bapi Reddi[2], the High Court held that the English doctrine of part-performance was not applicable in Indian law.

In 1914, the Privy Council in Md Musa v Aghore Kumar Ganguly[3], held that the doctrine of part performance was applicable in India on the principle of justice, equity, and good conscience.

The doctrine of part-performance was incorporated in section 53A by the Amending Act of 1929. Now this doctrine does not merely give rise to equity as in England. It creates a statutory right. However, this right is limited than the English equity in two ways.

First, according to it, the contract must be in writing and it is available only as a defense [4].

Second, The Supreme Court observed that the protection provided under section 53A is a shield only against the transferor. It disentitles the transferor from disturbing the possession of the proposed transferee who has been put into possession under the agreement. It has nothing to do with the ownership of the transferor who remains the full owner of the property till it is legally conveyed by executing a registered sale deed[5]. Thus, it may be said that section 53A is a partial importation into India of the English equitable doctrine of part-performance.

According to section 53A

(1) where any person contracts to transfer—

(b) any immovable property,

(c) by writing signed by him or on his behalf,

(d) from which the terms necessary to constitute the transfer can be ascertained with reasonable certainly,

(a) has in part performance of the contract, taken possession of the property (or any part thereof), or

(c) has performed or is willing to perform his part of the contract,

(3) then, notwithstanding that-where there is an instrument of transfer, that has not been completed in the manner prescribed therefor by the law for the time-being in force,

(5) However, the section will not affect the rights of a transferee for consideration who has no notice of the contract or its part-performance

Essential Requirements of section 53A of Transfer of property Act

(1) There must be a contract to transfer an immovable property for consideration.

(2) The contract should be in writing and its terms can be ascertained with reasonable certainty.

(4) The transferee is ready and willing to perform his part of the contract.

Therefore, if his possession is threatened, it is only the injunction suit that can be filed by the person claiming the benefit of the section. His remedy is not limited to taking defense in case a suit is filed against him. He can be a proper plaintiff also if he shows and proves the requirements of the section along with registration[6]. The protection provided by the section deals with the mixed questions of facts as well as law.

Any right which the transferee may have against the transferor under this section would not be of any avail against a bona fide transferee for value having no notice of the transaction.

The Supreme Court held in Hemraj v Rustomji[7], that the proviso to the section saves the right of a transferee for consideration, i.e., any rights which the transferee under the unregistered document may have on the strength of the part-performance of the contract against the transferor would not be of any avail against a bona fide transferee for value having no notice of the previous transaction. The burden of proving that the subsequent transferee had notice lies on the person claiming the benefit of part-performance

The Supreme Court has held that the right under section 53A is not defeated by the fact that the suit to seek specific performance of the agreement of sale has become time-barred, or that the plea of acquisition of title by adverse possession has been negatived which rendered the possession to be illegal.

The principle laid down in Walsh v Lonsdale[8]

It says, Section 53A incorporates three principles of equity—

(i) He who seeks equity must do equity.

(ii) Equity looks to the intent rather than to the form.

(iii) Equity treats that as done which ought to have been done.

Also Read: What is a valid transfer under the TP act?

[6] Rajender Singh v Nanga alias Nanak (deceased) through LRs, AIR 2018 P&H 29 ; if rights as shield are available to transferee as defendant, there is no justification that it would be denied to transferee even if by force of circumstances, he is compelled to approach court as plaintiff to use that shield, Ghnshyambhai Dhirubai Barvaliya v Rasikbhai Dhirubahi Ambaliya, AIR 2017 Guj 164 .

What is a valid transfer under the TP act?