Procedure to adopt a child under Hindu Law 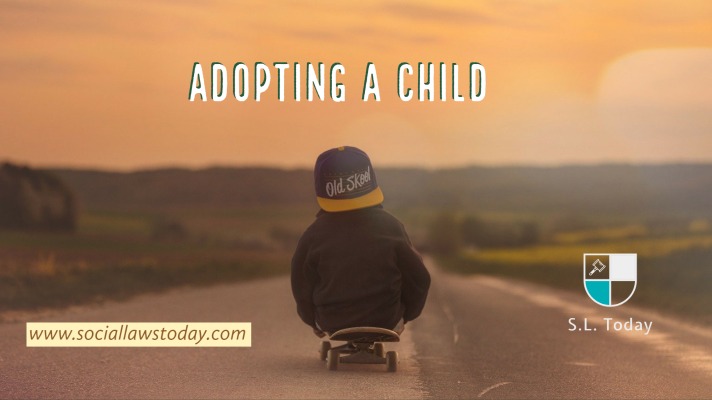 By: Aryaman Shivendra Pratap: Procedure to adopt a child under Hindu Law

Adoption is a process where a person assumes the parenting of another person, usually a child or a minor legally, which is seen as valid in the eyes of law.

Apart from adopting the child all the responsibilities and rights are also transferred from the biological parents to the adoptive parents.

If the Hindu couple wants to adopt a child then they shall have to go through a process mentioned under the Hindu Adoption and Maintenance Act, 1956.

Adoption under the Hindu Law is seen as a Holy process rather than orthodox credence. As per the Shastric Laws an adopted child is equal to the conceived child.

As per the old Hindu Law beliefs, only male children were adopted. The sole purpose for this belief was that the fathers would go to the hell known as “Poota” if they died without having a son. Only the male child can prevent the father from going to “Poota”. A female child could not be adopted. It further said that the male child held a privilege to adopt the child and the consent of the wife for the adoption was unnecessary and irreverent.

But India has come a long way since then. The old, obsolete, and superstitious beliefs of adoption have been cast aside as people became open-minded while adopting a child.

The Hindu Adoption and Maintenance Act was passed after the independence which further divided the scope of adopting a child in the country and is aimed at eradicating all gender-biased prejudicial provisions. It came into effect on 21st December 1956.

Conditions to adopt a child a under the Hindu marriage Act, 1956

Who can be adopted? Procedure : Adopt, child, Hindu Law

What are the necessary points to be kept in mind while adopting a child?

Time taken for this entire procedure

Adopting a child in India is a very lengthy and extensive process. Previously, parents who wanted to adopt a child used to register in the nearest agency and used to wait for the agency to get back to them with their preferences of a child. This often took several months and many times years until any child was there for adoption. And when a child was present for the adoption he or she was not what the parents had desired or preferred.

After the introduction of a new statutory body of the Ministry of Women and Child development called Central Adoption Resource Authority (CARA), the numerous adoption agencies can now upload the details and when a child is available for adoption it would quickly match the preferences of the parents and the child will be given up for adoption as fast as possible so that no time of either the parents or the child is wasted.

This initiative is welcome and necessary because earlier the process of adoption was so prolonged that the amount of time to find a child for adoption, who would match the preferences of the parents, would take years and years and by the time a child was finally found for adoption, he or she would have crossed the age of adoption. But due to this new body, an orphan who deserves a better life is now never going to be stranded without a family.

A right is present with the adoptive parent to specify the gender of the child which they wish to adopt. Even the specification of colour of the skin, the religion of the child can also be seen before the adoption. It is totally just and legal in the eyes of law.

In case the adoptive parents wish to adopt a child who is of the same gender as that of their biological child, is not permissible. For example- if parents already have a biological son, and they want to adopt another son, they cannot, do so. But if they want to adopt a daughter they can go ahead and adopt her under the Hindu Adoption and Maintenance Act.

Legal Status/ Rights of Inheritance of the adopted child

The adopted child as mentioned under the Hindu Adoption and Maintenance Act, 1956, is equivalent to the biological child.

File a Complaint without Visiting the Police Station. Know The Law

[…] Also Read: Procedure to adopt a child under Hindu Law […]

What to Do If Your Child Is Lost - Social Laws Today

[…] Also Read: Procedure to adopt a child under Hindu Law […]