PROCEDURE FOR DIVORCE BY MUTUAL CONSENT 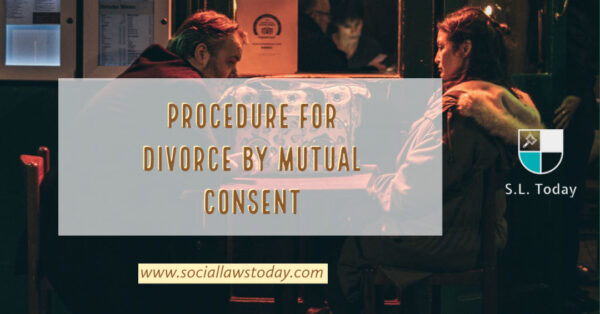 Tarleen Kaur has written about : PROCEDURE FOR DIVORCE BY MUTUAL CONSENT

Under Hindu Laws, Section 13-B of the Hindu Marriage Act, 1955 describes Divorce by Mutual Consent, whereby clause (2) of the section is the procedural aspect for the same. The steps involved in Divorce for Mutual Consent are as follows-

Therefore, the above procedure needs to be followed step by step to file a divorce by mutual consent under Hindu Law.  The decree is appealable in case the consent of any of the parties was taken by coercion, undue influence or fraud.

[…] most states, divorces are final, and once the judgment has been issued, the involved parties can’t remarry in the […]