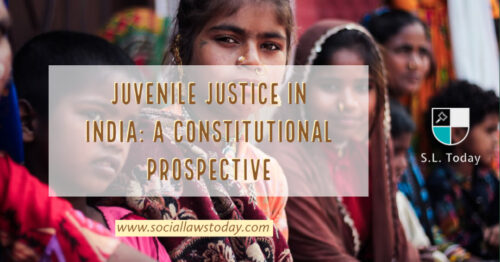 As we all might be aware of the brutal gang rape that left a huge impact on our minds happened in December 2012, a 23-year-old Physiotherapy female intern was brutally Gang-raped in a very moving bus in Delhi. The brutal act of rape was committed to Nirbhaya, which lead to shock for the whole nation. Rape was committed by six members and out of those six members, one of them was a juvenile at the time of committing the act. The juvenile was just 3 months young from attaining the age of majority i.e. 18 years, he was acquitted by the Hon’ble Court due to the provisions provided under the juvenile justice act, 2000 which states prohibition on conviction of someone who was a minor at the time of the commission of the offense.

TRIAL OF A JUVENILE

As per the amended law passed by the parliament in pretext to the juvenile, it has added section 15 under the juvenile justice act,2015 which states that any juvenile between the age of 16-18 years who commits a heinous offence would be treated as an adult and would be transferred to the children’s court. Further, it states that a child would be considered as in conflict of law if a child is below the age  of 16 years.  This Section provides that if the child offender has committed a heinous offence, the Juvenile Justice Board shall conduct a preliminary assessment with regard to the mental and physical capacity of such child to commit such offence, the ability of the 10 LatestLaws.com child to understand the consequence of the offence and the circumstances in which the said offence was allegedly committed.

VIOLATION OF THE CONSTITUTION OF INDIA

The impugned provision of the juvenile justice act, 2015 is arbitrary and violates article 14 and 15 of the constitution of India. The very fundamental right i.e. Article 14 states that equality before the law and equal protection of law. However, providing different treatment to children’s by referring to their age and nature of offence have a direct impact on the meaning of juvenile justice act. Even the Hon’ble supreme court of India in case of Salil Bali vs Union of India as well as Subramanian Swamy vs Raju through juvenile justice board, while upholding the juvenile justice act, 2000 held that it was not possible to determine the mental capacity of the child. As the first paragraph of the preamble of juvenile justice act states that the object of the act is not to subject children to any punishment but only to provide them care, protection, development, treatment and socio re- integration. The provision for transfer of some children by reference to their age, offence and circumstances of its commission.

Moreover, India has signed CRC in December 1992 and obligated itself to bring the definition of child from all purpose in accordance with its provisions. Article 1 of the CRC defines child as any person below the age of 18 years unless majority is attained at an earlier age in the country. However, the juvenile justice act 2015 choose the path of choosing the cut off age of 18 years for defining children but providing for selective transfer of children above the age of 16 years but below 18 years of age is alleged to have been committed a heinous offence to the adult criminal court to be tried as an adult. However, the provision is in direct contravention of the general comment 10 of the UNCRC committee which specifically prohibits childrens below the age of 18 years as an adult.

[…] Constitution which guarantees, “The state shall not discriminate against any […]