Independent Directors under the Companies Act, 2013 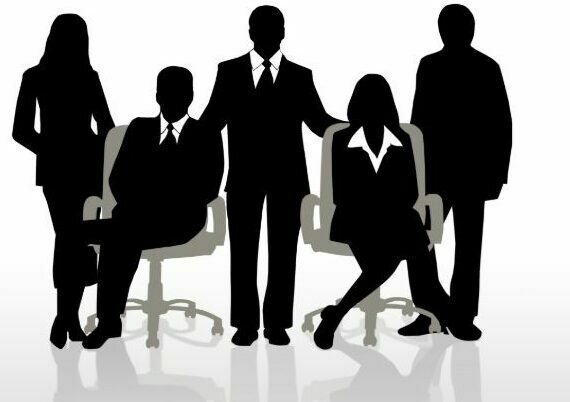 “Citizens never support a weak company and birds do not build nests on a tree that does not bear fruits.” – Salman Khurshid, (quoting Kautilya’s Arthashastra)

Today, the Indian corporate law regime seems to be surrounded by many scandals, there was a universally infamous Satyam fiasco a decade back and then the recent Nirav Modi scam. Post-Satyam, the Government of India tried to overhaul the corporate regulatory framework a bit (among other efforts) and enacted new legislation i.e. the Companies Act, 2013. The statute was formulated with the objective of improving the standards of corporate governance in India to ensure that such a scandal is not repeated.

The Parliamentary Standing Committee on the Companies Act, 2009 observed that the role of independent directors assumed great significance after the failure of a major corporation like Satyam Computer Services.

Therefore, one of the salient features of the Companies Act, 2013 was that it brought clarity on the functions, liabilities and duties of independent directors. Prior thereto, there was uncertainty because neither the Companies Act, 1956 nor the Securities and Exchange Board of India (SEBI) Listing Agreement provided any guidance about the role of independent directors.

At present, the role and functions of independent directors are primarily governed by the Companies Act, 2013 and the SEBI (Listing Obligations and Disclosure Requirements) Regulations, 2015.

The need for the ID[2]‘s aroused due to the need of a strong framework of corporate governance in the functioning of the company. There is a “growing importance” of their role and responsibility. The Act, 2013 makes the role of ID’s very different from that of executive directors. An ID is vested with a variety of roles, duties and liabilities for good corporate governance. He helps a company to protect the interest of minority shareholders and ensure that the board does not favour any set of shareholders or stakeholders.

The role they play in a company broadly includes improving corporate credibility, governance standards, and the risk management of the company. The whole and sole purpose behind introducing the concept of ID is to take unbiased decisions and to checks various decisions taken by the management and majority stakeholders. An ID brings the accountability and credibility to the board process. These ID’s are the trustees of good corporate governance.

(a) Who, in the opinion of the Board, is a person of integrity and possesses relevant expertise and experience.

(b) (i)   Who is or was not a promoter of the company or its holding, subsidiary or associate company.

(ii) Who is not related to promoters or directors in the company, its holding, subsidiary or associate company;

(c) Who has or had no pecuniary relationship with the company, its holding, subsidiary or associate company, or their promoters, or directors, during the two immediately preceding financial years or during the current financial year;

(d)  None of whose relatives has or had pecuniary relationship or transaction with the company, its holding, subsidiary or associate company, or their promoters, or directors, amounting to two per cent. or more of its gross turnover or total income or fifty lakh rupees or such higher amount as may be prescribed, whichever is lower, during the two immediately preceding financial years or during the current financial year;

(e) who, neither himself nor any of his relatives—

(f) who possesses such other qualifications as prescribed below:

An independent director shall possess appropriate balance of skills, experience and knowledge in one or more fields of finance, law, management, sales, marketing, administration, research, corporate governance, technical operations or other disciplines related to the company’s business.

As per Section 149(4) of the Companies Act 2013, and Rule 4 of Companies (Appointment and Qualification of Directors) rules 2014, following class or class of Companies are required to appoint the Independent Director-

MANNER OF SELECTION AND APPOINTMENT OF INDEPENDENT DIRECTORS

2) The appointment of independent directors of the company shall be approved at the meeting of the shareholders.

4) The appointment of independent directors shall be formalised through a letter of appointment,

6) The terms and conditions of appointment of independent directors shall also be posted on the company’s website.

As per Section 150(1)[6] of the Companies Act 2013, Independent Director may be selected from a data bank of the eligible and willing person maintained by the agency. Further, the agency shall put data bank of the potential independent directors on the website of the MCA or any other website as notified. Proper Due diligence process must be exercised before selecting a person, as a Director.

Approval by the members in the General Meeting – Appointment of Independent Directors has to be approved by the members of the company in the general meeting.

Fees payable – The agency may charge a reasonable fee from the applicant for the inclusion of his name in the data bank.

ROLE AND DUTIES OF INDEPENDENT DIRECTORS

Independent Director acts as a guide, coach, and mentor to the Company. The role includes improving corporate credibility and governance standards by working as a watchdog and help in managing risk. Independent directors are responsible for ensuring better governance by actively involving in various committees set up by company The independent directors are required because they perform the following important role :

DUTIES OF AN INDEPENDENT DIRECTOR

The Independent Directors shall :

The Act, 2013, requires all the ID’s to meet at-least once in a year. The meeting must be convened without the presence of the non-independent directors and members of the management. An ID would also evaluate the performance of the chairperson of the company. Also, the Act, 2013 requires an ID to review the performance of the non-independent directors and the Board as a whole of the company. These measures would immensely aid in ensuring the smooth and proper functioning of the Board of Directors of a company.

The Act, 2013 has also emphasized on the appointment of an ID as a member or as a chairperson in various committees. For instance in the Audit committee which shall comprise of minimum three directors, ID’s should form a majority. In the same way, the Nomination and Remuneration Committees which shall consist of three or more non-executive directors, ID’s should not be less than half of the total number of members. For the Stakeholders Committee, the Board of Directors of the Company which consist of more than one thousand shareholders, debenture-holders, deposit-holders and any other security holders at any time during a financial year shall constitute a Stakeholders-relationship Committee consisting of a chairperson who shall be a non-executive director and such other members as may be decided by the board.

The liability of an independent director can be ascertained through the roles and responsibilities undertaken by such director during the course of his/ her appointment. The liability of a director depends upon the circumstances in which the director undertakes any action. In a case wherein the court interpreted the meaning of an ‘officer in default’, the court held that the process of determining the liability cannot be done mechanically without applying mind to the facts of the case and the provision of the law.

The new concept of having ID[7] is a welcome step for corporate governance in India. The Act, 2013 has conferred greater empowerment upon ID’s to ensure that the management & affairs of a company is being run fairly and smoothly. But, at the same time, greater accountability has also been placed upon them. The Act, 2013 empowers the ID’s to have a definite ‘say’ in the management of a company, which would thereby immensely strengthen the corporate governance.

However it is also important to keep in mind that good corporate governance is not just the outcome of appropriate selection and effective functioning of ID’s. Every director, whether independent/nonindependent, executive/non-executive has a distinct role in the functioning of the company. It is only when the entire board functions effectively which results to good corporate governance and benefit minority as well as majority shareholder in its long term which maintains a good corporate image in the market.

Tightening the corporate governance norms for independent directors might not be the ultimate solution to deal with the increasing corporate frauds and scandals. This is primarily because of two reasons:

Firstly, not all wrongdoings can be traced by the independent directors as they are not involved in the day-to-day functioning of the company.

Secondly, with increasing responsibility and liability, no incentive to blow the whistle and no recourse for protection under the current legal framework, the institution of independent directors may not be viable.

In such a scenario, it is important for the Government to understand that they should protect the genuine independent directors as well. In a country like India, where major corporates are owned by business families forming majority, often the job of the independent director is at the mercy of the promoters.

At present, the changes proposed by the MCA would put the independent directors between a rock and a hard place where on one hand, if they try to raise red flags — the majority shareholders might remove them through a special resolution and on the other, if they do not do so, the MCA may take extreme steps like freezing their personal assets, removing and debarring them, etc .

Nature of a Company: History, Meaning and Definition