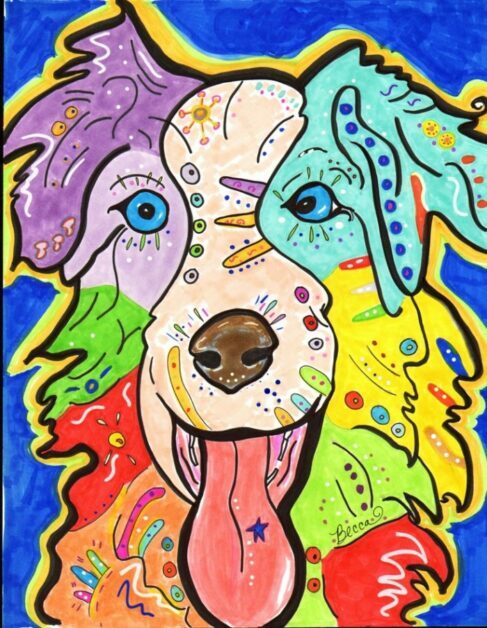 In a binary world of black and white, even the slightest tinge of colour stands out. It could be an effulgent yellow or an ugly green.

Then there is the grey, meant to stand out like a black spot but lost somewhere between amorality and acclimation. The climate-changing to mark humanity’s doom, uncountable amounts of money laundered, politicians, cajoling people in their political language, the media incriminating their sole existence by burying the truth and publish lucrative stories, stories lost in transition, like a woman being beaten up in the house.

Grave mistakes lost in grey, shunned by a mere word, “sorry”, when bought to light. An authentic word originated from ‘sore’ to denote a feeling of penitence or remorse and soothe one’s conscience, has now been, extremely conveniently, abridged down to a social compulsion and thereby losing its sole meaning. Times have changed the meaning of sorry from a moral obligation to a social obligation; from feeling blue to bleach.

However, in this “compassionate” world that we live in, grievous crimes are committed daily without the slightest sense of remorse or even a feeling of social obligation to apologize. One of these disquieting crimes that go unnoticed is domestic violence. A woman of any socio-economic or financial background, being assaulted by the man who one calls her ‘husband’. In extreme cases, even resulting in the killing of the woman or the woman committing suicide. Isn’t it unreasonable how the female’s lifespan is harshly cut short and bought to an ugly end? Unfortunately, society might have differing views. A hue of dark dab brown in the picture.
To say the least, the law tries to throw light on this and hopes to bring justice with the existence of the clause of ‘dowry death’. But what the Indian Penal Code 1897, despite being amended about 80 times, fails to account as a crime, is the offense of marital rape.

So just because a male and a female are bound together by a ritual, gives it the power to undermine the puissant word, “no”? Especially to that an extent where the man can do as he pleases to the woman he had sworn to protect in the same ritual, subverting her wishes, consent, and happiness in the name of marriage?

According to a report by NNFR called Partner Violence, rape by a husband, not only has physical consequences like various kinds of pains or pregnancy and childbirth-related issues, but also, psychological outcomes such as PTSD, social phobias, suicide ideations, et cetera. Apart from this, the society disdains the women who try to raise a voice against their husband.

Despite this, it is funny how our IPC does not catch a glimpse of anything worthy of a crime. Additionally, countries like Nigeria have recently legalized marital rape.

Perhaps it is the marriage that assigns a dominating role to the man and creates a misogynistic environment. Where, even if there is no violence of any kind, the woman usually faces ignominy, morally demotivated, restrained from pursuing her career, and highly criticized if she cannot cook adequately

Though an extremely joyful event, I find the whole concept of marriage an extremely bizarre thesis. Love a person so much that one gets the law involved to restrain the spouse from just leaving. A tincture of red could signify auspiciousness or simply aggregation and danger; a sign of love but could leave you bleeding.

The divorce rate in India is merely 1%, that is, only 13 of 1000 marriages get divorced. On the face of it, it may seem reputable, but the fact that only 14% of the couples remain happy, plants a seed of doubt. On digging deeper, it gets more displeasing. Concerning a report by BBC, the rationale behind the alarmingly low divorce rates in India is not that the couples are happy and want to be together but that they can’t be separated due to the notion that marriage is not just between two individuals but two families and thus it comes down to family reputation and “log kya kahenge” on a divorce.
Taking the plunge is seen as a selfish choice and leaves a ‘divorcee’ scar, which adversely affects the woman more than the man. However, what most fail to understand is that a divorce is not an end to a happy marriage but an escape from a bad marriage and so they choose to dive deeper into the dark chasm behind the fallacy of a felicitous marriage, adhering to the social norms.

On the lines of social norms, another platitudinous one is the whole concept of social responsibility by businesses as a compulsion. I highly respect the belief that the affluent must spend on the deprived and reduce the income inequalities as the affluent have enough and more money. But the phrase “enough money” is questionable and multifaceted, and on a personal note, money is never enough.

Nevertheless, on dwelling on the big businesses in India a little more, one could realize how their wings are clipped to an extent. Starting with the income tax rate, the individuals earning ₹2-5 Crores and more that ₹5 crores annually are subjected to a tax rate of 39% and 42.7% respectively, i.e. with an annual income of ₹5 crores, ₹2.135 Cr is solely paid as taxes to the government by the gilded, most of whom are businessmen. With the Indian government allocating the resources based on social motive, ideally, these funds are meant to reach the destitute indication that the affluent already exhaust a considerable amount of their proceeds for the betterment of the society indirectly. The extravagant purple, maybe not as grandeur.

Additionally, many businesses employ an adequate number of unskilled labours, who are protected by stringent labour laws, most of which are rightly in place and are required to prevent exploitation but some of which adversely affect the business. For example, copious businesses in successful nations flourish highly following the hire and fire policy but the labourers are laid off with a safety net. However, businesses in India, could go bankrupt to survive a downturn instead of firing the labourers.

Moreover, most private sector units function on a profit motive and not on a social motive, thereby diversification of extra funds for social responsibility proves to be contradictory. Consequently, it may impose a burden on the consumers to procure funds for the same. By this, I am not vocalizing that the wealthy must not contribute to social causes but that this contribution must be voluntary and not a compulsion. There are charitable businesses like Tata Trust which solely work for societal benefit and are highly applauded but other businesses must not face accusations and be penalized by human rights activists for not choosing to do so.

I also find most human rights activist groups quite peculiar in such instances. They accuse businesses of not setting aside their wealth earned by their blood, sweat and tears, but they refrain from doing the same to politicians who merely pocket people’s money when they are supposed to serve the public, work for the country’s betterment and respect democracy.
A labyrinth of empty promises, corruption, manpower, violence, black money, laundering, powerful alliances, conceit and mind games could be a glimpse of what politics has majorly become. Everything from schemes to speeches is tailormade to trap and exploit the public, who get caught in the web laid out. Specks of shimmering gold, turning into a pale yellow.

Then there are the impoverished, but what makes them poverty-stricken is their belief in strict adherence to the poverty cycle, a person born poor is meant to follow his father’s footsteps and will remain poor for the rest of his life.

Nevertheless, I think otherwise and relate to Bill Gates’ quote “If you are born poor, then it is not your mistake but if you die poor, it is your mistake.”

It is agreeable that the blue collared lack opportunities and resources, however, I still believe that if one sets his mind to do something or be someone, nothing could stop him. We are the masters of our own life.
The measure of intelligence is the ability to change.

You can choose to change society, you can change the meaning of sorry, redefine your marriage or stand up against violence. You can choose how much you want to contribute to society or refine politics. You can break the poverty cycle and climb up the social ladder. You cannot choose how you were born, but only you can decide how you want to die.

You can pick the colors you want to paint your canvas with. Billons of you, picking different colors, some scintillating while others dire, make us a picturesque kaleidoscopic world.