WE MAY WITNESS A MALTHUSIAN CATASTROPHE 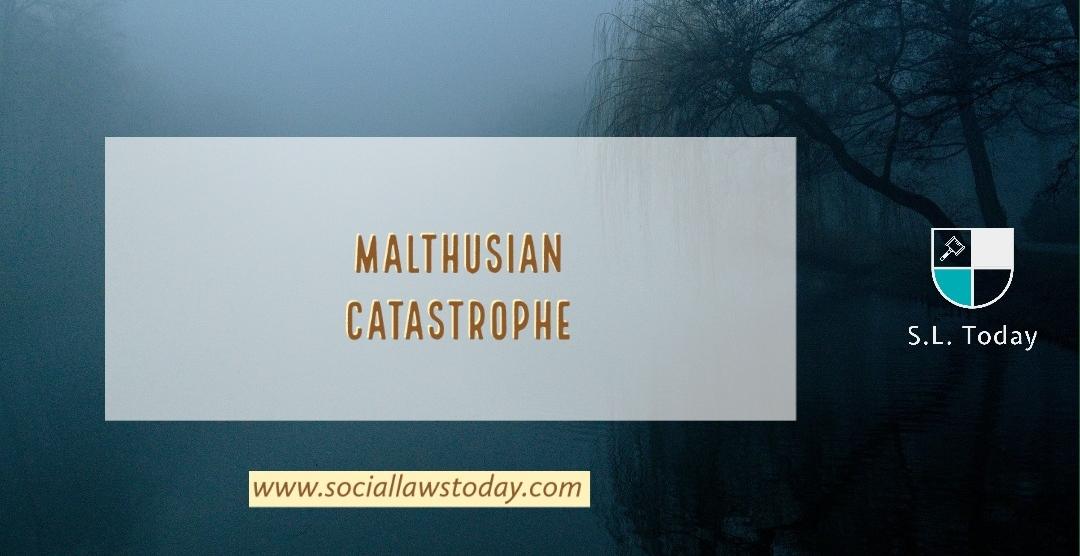 It is rightly believed that food production couldn’t keep step with the increasing population. The strength of population is indefinitely going greater than power within the earth to supply the livelihood of man. The result ultimately is going to be, ‘A Malthusian Catastrophe; blanket starvation and an existential threat to the material of society, and the poor majority will suffer the most and rebel out of hunger.

An observation was proposed that directly connects agricultural innovation and increase. Numerous improvements came within the way of agriculture, even before industrial time has led to increased food supply- but the gains appeared to be temporary. This was quickly exhausted by increase, restoring the per capita production level to the status quo-except, crucially with an increased load.

It’s suggested that humanity inevitably sacrifices prosperity for increase, or increase inevitably consumes prosperity. Of course, Malthusian Catastrophe has not occurred-yet; nonetheless, conventional agriculture will struggle to stay pace with the stress of a growing and increasingly affluent population.

The challenge of history

Huge sorts of plants and animals that provide us food are produced by selective breeding, which clearly states a process which mixes natural or induced genetic variation into particularly effective combinations. Famine seems to be the last, the foremost dreadful resource of nature. The power of population is far superior to the facility of the world to provide subsistence for man that’s result premature death must in some shape or other visit the humanity.

History propels those vices of mankind are active and able ministers of depopulation. The precursors within the good army of destruction, and sometimes finish the dreadful work themselves. It’s suggested that the expansion of population need not to be restricted by plague or famine, pressures work more quietly to slow increase and declining risk of Malthusian catastrophe.

The two most prominent sorts of population checks are preventive and positive. A preventive check may be a conscious decision to delay marriage or abstain from procreation supported of resources. Many renowned economists, argued that man is incapable of ignoring the results of uncontrolled increase, and would intentionally avoid contributing thereto.

It’s is clearly stated that a positive check is any event or circumstance that shortens the human lifetime. The foremost appropriate samples of this are war, plague and famine. However, poor health and economic conditions also are considered instances of positive checks.

It is clearly stated that after World War-II mechanized agriculture produced a considerable increase in productivity of agriculture and therefore the revolution greatly increased crop yields, expanding the world’s food supply while lowering food prices.

During this response, the expansion rate of world’s population accelerated rapidly, leading to predictions by Paul. R. Ehrlich, Simon Hopkins and much of others of an imminent Malthusian Catastrophe. However, this is often stated that populations of most developed countries grew slowly enough to be out paced by gains in higher productivity.

On this assumption, it’s clearly stated that the demographic transition is now rapidly spreading from the developed countries to less developed countries, the United Nations Population Fund estimates that human population may peak within the late 21st century rather than still grow until its exhausted available resources.

Many historians have estimated the entire human population back to 10,000 BC. A 2002 study by UN Food and Agriculture Organization predicts that world food production is going to be much more than the requirements of the human population by the year 2030; moreover, the source also states that many millions will remain hungry, which however increases the danger of Malthusian Catastrophe.

In 2004 a detailed study was done by a group of renowned economists and ecologists, including Kenneth Arrow and Ehrlich, suggests that the central concerns regarding sustainability have shifted from increase to the consumption/ savings ratio, thanks to shifts in increase rates since the 1970s.

Empirical estimates show that public policy can promote more efficient and investment that are sustainable in an ecological sense, that’s given this, (relatively low) increase the speed, the Malthusian Catastrophe are often avoided by either a shift in consumer preferences or public policy that induces an identical shift.

A study conducted in 2009 said that food, production will need to increase by 70% over subsequent 40 years, and food production within the developing world will get to double. This is often a result of the increasing population; world population will increase to 9.1 billion people today.

Another issue is that the consequences of worldwide warming (floods, droughts, extreme weather events will negatively affect food production in such a degree even that food shortages are likely to occur within the coming decades. As a result, we’ll get to use the scarce natural resources more efficiently and adapt to global climate change. Lastly, some things like the rise in agricultural production for first generation bio-fuels have not been taken under consideration in FAQ’s forecast.

The Green Movement should recognize the chance that increased affluence affords in finally stepping off the Malthusian treadmill, which people are the answer not the matter and government organizations should imitate. Innovation in agriculture like GM and NBPT are not any longer a threat but essential in first feeding an increasingly affluent population, then reversing the impacts of agriculture, and eventually enabling the discharge of land back to wilderness. Green Movement should encourage regulators to measure GM and NBPT techniques, and during this particular product made by these methods. Caring about environment means caring about people- this is often 21st century environmentalism. Thus, avoiding the danger of Malthusian Catastrophe across the planet.

[…] ALSO READ: WE MAY WITNESS A MALTHUSIAN CATASTROPHE […]