HOW TO FILE SLP IN SUPREME COURT ? 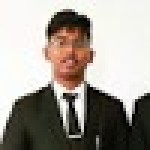 HOW TO FILE SLP IN SUPREME COURT : Tarleen Kaur

Special Leave Petition (SLP) is the petition which, on the discretion of the Supreme Court, provides the aggrieved party a special permission to be heard in the Apex court in appeal against any judgment or order of any Court or Tribunal in the territory of India.

According to Article 136(1) of the Constitution of India–

“Notwithstanding anything in this Chapter, the Supreme Court may, in its discretion grant special leave to appeal from any judgement, decree, determination, sentence or order in any cause or matter passed or made by any court or tribunal in the territory of India.”

So, the Supreme Court is conferred with special power to grant special leave to appeal before itself, from any judgement, determination, sentence, order passed or made by any court or tribunal in any cause or matter.

Further, it is not mandatory that the special leave petition has to be made after the judgement has been passed by the Court.

Any order during the pendency of proceedings can also be challenged by this petition.

In addition, this power is extraordinary in the sense that the Supreme Court can also consider as appeal, a petition in case a High Court refuses to grant the certificate of fitness for appeal to the Supreme Court.

The clause 2 of Article 136 further elucidates that the provision under clause 1 will not apply to cases which comprise of laws relating to the Armed Forces.

The petitioner has to formulate questions of law to appeal against the judgement, order or determination of the case concerned.

The leave is granted by the Supreme Court only if there is a question of law involved in the case i.e. whether there has been a correct interpretation and application of law. Cases relating to inaccuracies in facts and evidences are not entertained by the Court.

Along with the questions of law, the petitioner filing SLP has to give a brief summary of the facts and issues of the case and the chronology of events pertinent to the judgement.

After the petition is registered and presented before the Supreme Court, the petitioner gets a hearing from the Court.

Simultaneously, the Court issues a notice to the opposite party.

The opposite party, on receiving the notice from the Court, files a counter affidavit, expressing their views.

Decision of the Supreme Court

After analyzing the views of both the sides, the Supreme Court decides whether to grant special leave to the petitioner or not.

If the Court grants leave, the case gets converted into a civil appeal. The case will then be argued once again in the Supreme Court.

The Court can rescind, modify or allow the former judgement.

The case can even be sent back to the Court, which gave the prior judgement for fresh adjudication, taking into consideration the interpretation by the Supreme Court.

#HOW TO FILE SLP IN SUPREME COURT

This writing is a different view at an old issue. TY! I am sharing this!