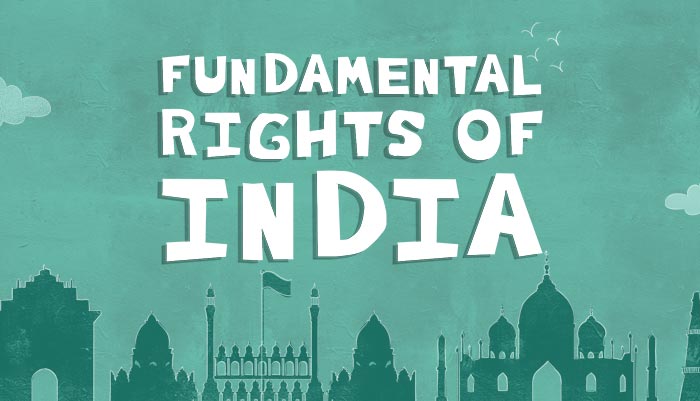 ‘INJUSTICE ANYWHERE IS A THREAT TO JUSTICE EVERYWHERE’

The constitution of India, enacted in 1950, has been a cornerstone of India’s democracy.  The development of constitutionally guaranteed fundamental human rights in India was inspired by England’s Bill of Rights, the United States Bill of Rights and France’s Declaration of Rights of Man[i].

Fundamental Rights enshrined in Part III of the Constitution of India guarantees civil liberties such that all Indians can lead their lives in peace and harmony.

The Fundamental Rights are guaranteed by the Constitution to all citizens without any discrimination. They facilitate the establishment of rule of law in the country, strengthen the secular fabric of the Indian State, lay down the foundation stone of social equality & social justice, and ensure the dignity & respect of individuals.

The Legal Rights are protected by ordinary law, they can be altered or repealed by the legislature.  However, Fundamental Rights are protected and guaranteed by the constitution.  They cannot be taken away by an ordinary law enacted by the legislature.  If the legal right of a person is violated. He can move to an ordinary court, but if a fundamental right is violated the Constitution provides that the affected person may move to the High court or Supreme Court.

Fundamental Rights are mentioned under Article 12-35 of the Constitution of India.

Meaning of Writ and its types:-

A formal order under seal, issued in the name of sovereign, government, court or other competent authority, enjoying the officer or other person to whom it is issued or addressed to do or refrain from some specified act[v].

The Supreme Court of India and Fundamental Rights:-

The people of India hold the Court in high esteem[xiv].  The Hon’ble Supreme Court should not discourage constitutional remedies provided in the Constitution.  Having the Right to Constitutional Remedies is crucial to uphold the ideals of democracy, freedom, equality, and liberty.

The Father of the Indian Constitution, Dr B.R. Ambedkar had once said, ‘If I was asked to name any particular article in this Constitution as the most important – an article without which this constitution would be a nullity – I could not refer to any other article except this one (Article 32).  It is the very soul of the Constitution and the very heart of it’[xv].

RESERVATION IN INDIA: ALL ABOUT IT - Social Laws Today

Is Bamboo A Tree or grass: What the Law says - Social Laws Today

Blockchain Technology: All about it in 2021 - Social Laws Today