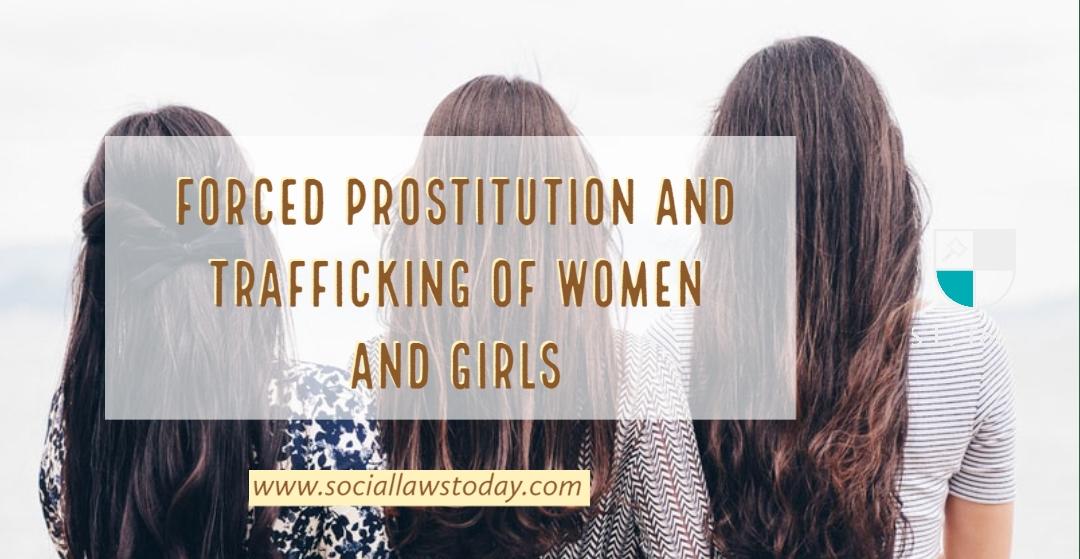 In India, where the class stratum  is more prevalent , has never been studied thoroughly with relevant caste role in forced prostitution. Over the last decade, the quantity  of human trafficking and compelled prostitution has increased in a large number. While going through the reports thousands of scheduled caste women and girls are forced into prostitution each year. The link between caste and compelled prostitution is obvious within the Devadasi and Jagini system practiced in India, which is unfortunate. Human Rights Watch (HRW) estimates that up to 15,000 scheduled caste female children in India are taken from their families and raped and auctioned into prostitution per annum. Regrettably, today , sex-trafficking could be a high-tech, globalized, electronic market and predators are involved in the highest degree levels using the identical methods to manage prostituted women  that batterer are against their victims. Victims of sex trafficking acquires adverse physical and psychological health conditions and social disadvantage. Thus, sex trafficking is a critical health issue with boarder social implications that acquire both medical and legal attention.

The term Forced Prostitution is additionally called involuntary prostitution or just as prostitution or sexual slavery that takes place as a result of coercion by a third party. Forced prostitution refers to conditions of control over someone who is coerced by another to have interaction in sexual issues. It is actually a criminal offence against an individual due to the violation of the victims rights of movement through coercion and since of their commercial exploitation. Prostitution is one of the oldest profession all over the world. And it is also most hated profession. It is most hated profession but people who visit them actually enjoy it, but in society it pretend otherwise. However a new definition has been given for this term in the Government of India’s Prevention of Immoral Traffic Act-1987, which now means ‘Sexual exploitation orb abuse of persons for commercial purpose.’

Generally prostitutes can be classified mainly on the basis of their ‘modus operandi’ which is as follows:

Some of the related to prostitution in india are the following:

All over the world Human trafficking has received an increasing global attention over the past decade. Initially, trafficking of women and gilrs for forced sex work , and to a lesser extent, domestic servitude, were the sole focus. Human trafficking is one of the modern day form of slavery that involves the illegal trade of human beings for the purpose of some form of forced exploitation. Human trafficking is defined by United Nations Office On Drugs and Crime (UNODC) as a form of recruiting, transporting, transferring ,harbouring, or receiving a person by means of threat or use of some force or other forms of coercion, abduction, fraud or deception. There are an approximately 800,000 people trafficked across international borders annually and out of these 80% are women or girls and 50%are minors. Although the degree of trafficking among countries and continents is variable, it is clear that global trafficking has become a growing problem.

Any form of contemporary female slavery is  prohibited by Article 4 of the Universal Declaration of Human Rights, which is says that no one shall be held in slavery and slave trade shall be prohibited in all their forms. And also Article 4(2) of the International Covenant on Civil and Political Rights declares the right to be free from slavery under Article 8 to be a non- derogable right.

The inhumane buying and selling of women and girls into prostitution, their complete subordination by the perpetrators, and the subsequent physical and mental violence to which they are subjected constitute slavery or at the very least, slavery-like practices. Slavery actually occurs when one human being effectively owns another so the former person can exploit the latter with impunity. The buying and selling of women and girls into brothels in India, and their forced confinement under inhuman working conditions, characterized by indiscriminate sexual exploitation by the traffickers, brothel owners, police and pimps has been reported by Human Rights Watch and other non-governmental organizations. However contemporary forms of female slavery do not exist within a neat international legal framework, therefore it is possible that these conditions could satisfy the internationally agreed-upon definition of slavery or slavery-like practices.

What is the status of Marital Rape in India? - Social Laws Today