First fatalities since 1975: India And China 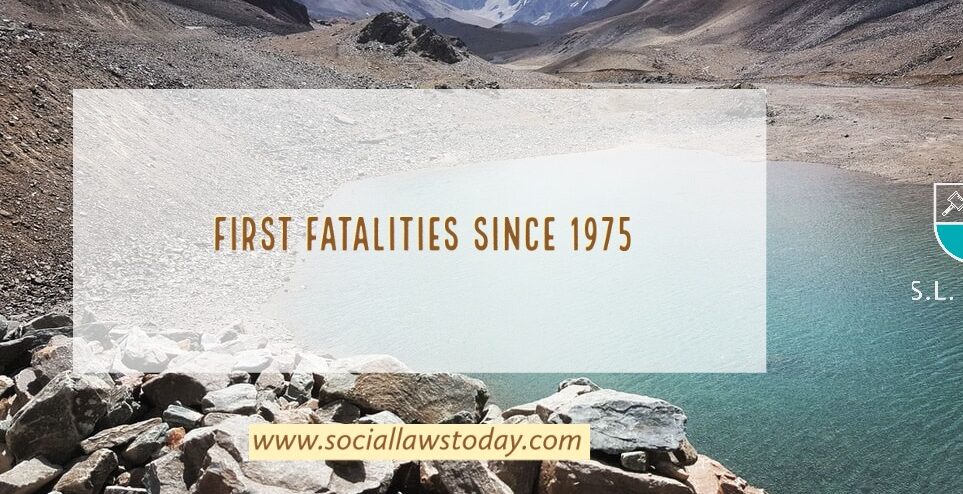 India and china have achieved tremendous progress in different sector with their co-operation.Difficulties aside, the two countries’ common interests provide the bases for a brighter future for India-China relations.

The incident was happened at Ladakh has many repercussions be it India or China both the massive are dealing with post undelightful incident. There will be a huge effect on the trading of the partners and China was the 18% trade partner of the India.

In 2019 the India – China bilateral trade imports from china includes 34% of electronics, 18% of nuclear reactor, 10% of organic chemicals, 6% gems and jewels, 4% iron and steel, 4% plastic goods and 2% of fertilizers, medical equipments and auto components and the exports include 36% gems and jewels, 15% mineral oil, 11% organic chemicals, 5% agriculture, 4% cotton and 3% of plastic, nuclear reactor and iron and steel. The citizens of India are ill-treated on the other hand Indian government has banned 59 Chinese apps.

What happened at Galwan valley on may 5th and 6th?

According to India Today, The  Chinese soldiers“ crossed over and set up a new post at Point 14, in territory claimed by India, early last week. This defied the agreement. Colonel Babu’s unit was asked to ensure the new post was removed. It happened near Patrolling Point 14 between the Line of Actual Control and the junction of the Galwan and Shyok rivers.

The Tribune Reports. The Chinese refused to leave, for reasons that remain unclear. Indian troops then burned the Chinese tent down, sparking a scuffle.

The Economic Times claims that the Indian Army demolished and burned down several illegal Chinese structures on the Indian side of the LAC. The faceoff involved a “Chinese force in excess of 250” assembling near Patrol Point 14. Though neither side carried firearms, the Chinese used spiked sticks to attack.

The clash did not see the use of firearms from either side. Yet, all reports indicate that the Chinese troops were brutal in their assault. Apart from hand-to-hand combat, stones, rods, sticks, clubs, bats, bamboo poles wrapped in barbed wire were used. Many Indian soldiers also died after either falling off or being pushed from a narrow ridge into the Galwan river. Most succumbed to the serious injuries but some also fell to hypothermia. While India Today maintains that the clash continued for over three hours, according to News18, it continued for well over eight hours. Although there is no clarity on the no of soldiers engaged in the fight and the no of soldiers died or injured in the course of action.

ANI (Asian News International) tweeted  ‘Commanding officer of the Chinese unit involved in the face-of with Indian troops in the Galwan Valley among those killed: Sources confirmed to ANI’

Another tweet was ‘ Indian intercepts reveal that Chinese side suffered 43 casualties including dead and seriously injured in face-of in the Galwan Valley : Sources confirm to ANI’

In charge of BJP’s national information and technology Amit Malvia tweeted that the two important points are 1) There is no intrusion or occupation of the Indian territory 2) China is unnerved by the massive ramp up in the critical infra on the Indian side.

Why are the two sides clashing?

India and China do not share a defined and demarcated border. Instead, there is the Line of Actual Control, which stretches thousands of kilometres from Ladakh all the way to Arunachal Pradesh. Because both sides dispute the actual demarcation of the border, India and China also have different “perceptions” of where the Line of Actual Control actually lies – leading to occasional incidents between troops from both sides.

LAC (Line of actual control) – In 1856 the british made created jhonson line. It was the first british effort to determine borders of the ladakh between India and Tibet. After independence Tibet became the part of China. There were border disputes between both the countries. India insisted that the border was recognized and assured based on Jhonson line. According to china the border has never really been marked.

The claims of both government rested in part of legacy of Imperialism. British Imperialism on India and Chinese Imperialism over Tibet. The annexation of Tibet by the people’s Republic of China in 1950 sparked new found interest in China reason being the history of Tibet and Ladakh. In 1959, The Tibetan uprising in Lhasa, The Dalai Lama fled into exile and was granted political asylum in India and as the result the relations further soured. In the year 1956 China built a railway road to connect Tibet and Qinghai without permission.

This road was build on the Indian territory and the Indians were ignorant about this fact and later discovered in 1958. Sino Indian war of 1962 lead to the formation of the loosely demarcated line of actual control (LAC). In august, 2019 the special status of Jammu and Kashmir was removed and it was divided into two union territories that is Jammu and Kashmir and Ladakh and India claimed the entire Union Territory of Ladakh.

Information of the Chinese casualties.

The news agency ANI was the first to claim that 43 Chinese Soldiers had been killed or seriously injured. This number, provided by “sources”, was quickly relayed across channels and news websites. The commanding officer of the Chinese force involved in the fight was among those killed. There is no clarity on who ANI’s source is or even which ministry or government department has made such assertions.

The Times of India, on the other hand, invoked the figure of 43 for Chinese deaths alone.

News18, though, claims that “over 40 PLA soldiers may also have been killed or injured”.

According to the Indian Express and the Business Standard, Chinese troops have also entered the Depsang area, which is north of Galwan in the Daulat Beg Oldi sector.

The Chinese authorities have not issued a statement about the clash while the country’s media has mostly burried the news. In the absence of a Chinese version, varying “source-based” numbers have floated in the media. The number of Chinese casualties will continue fluctuating unless Beijing clears the air.

Official communication from the Indian Army has not put out any casualty figure on the Chinese side.

India and china have achieved tremendous progress in different sector with their co-operation. Difficulties aside, the two countries’ common interests provide the bases for a brighter future for India-China relations. Notwithstanding that progress, challenges still exist in the bilateral relationship, however. This includes economic constraints, border disputes and perception problems. The India-China border and other territorial disputes, along with the issue of Tibet, restrict the establishment of political trust. Such a bilateral security dilemma is difficult to solve and is not conducive to co-operation.

India has been concerned with China’s infrastructure building in Tibet, which it views as a strengthening of China’s strategic advantage in the region. Although India has officially recognised that Tibet is part of China, it still hosts the Tibetan independence force. Moreover, given that China and Pakistan maintain a quasi-alliance, while India and Pakistan are still hostile to each other, the power-balance game is still being played in the region.

Despite these constraints there is a positive belief of bilateral relationship because these two neighbor share many common interests in a wide variety of area Both countries face similar problems in domestic economic and social development and can share their experiences and support each other in approaching these. Regarding security, from China’s point of view, if China cannot handle its relationship with India effectively, it will not be able to shape an ideal security environment, which is crucial for its domestic development. For India, a good relationship with China will not only benefit India’s development but also be an important way to enhance its international influence.

Strategic education about Indian Defence to the civilians: Need of the Hour

A MESSAGE FROM THE BORDER